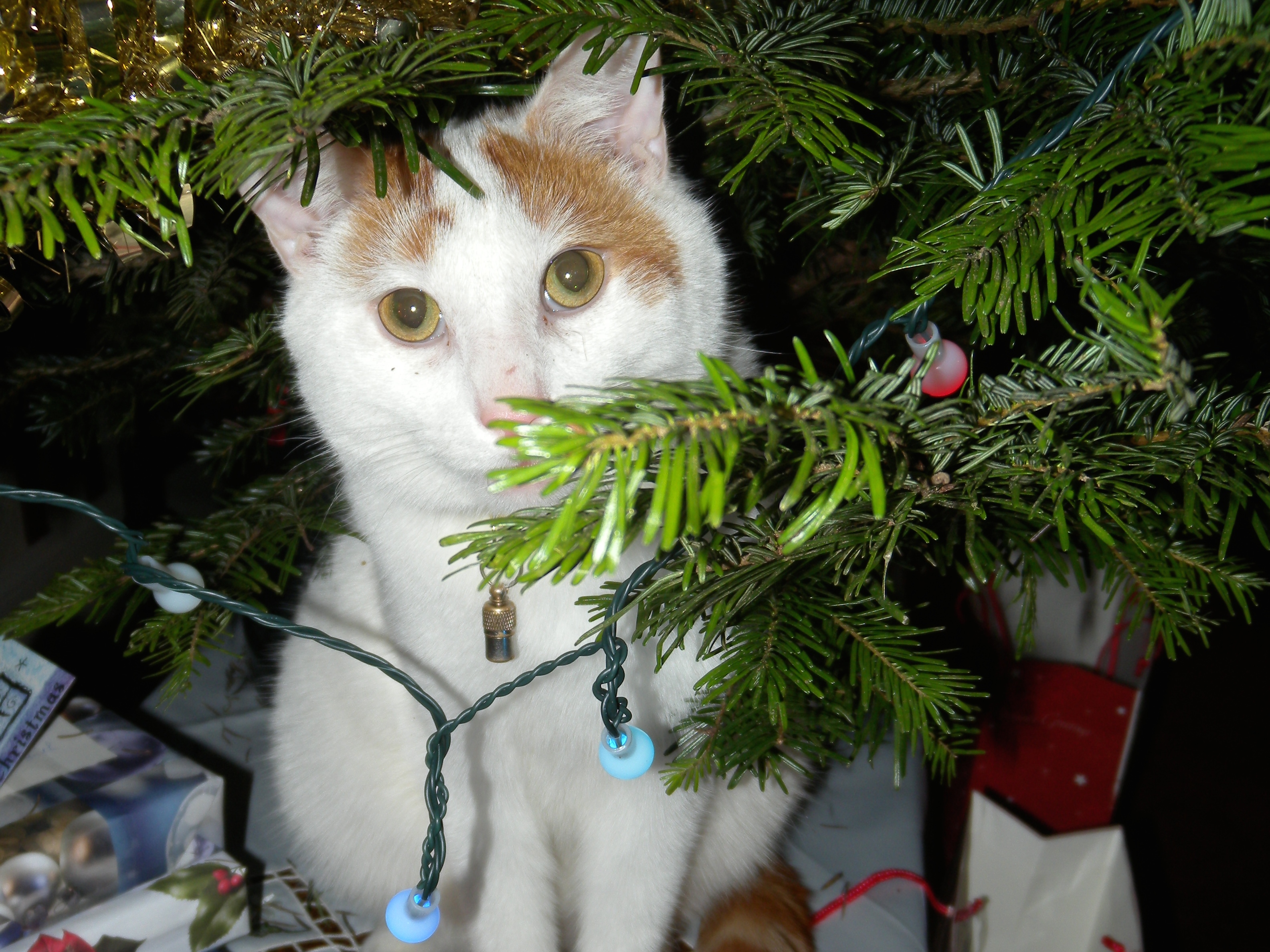 The cat next door flops in through the cat flap,
Blinks at Richard Holloway and drops to the floor;
Nimbly negotiates the David Stow piles and
Gives a saucy wink as he stalks to the door!

The cat next door is white with ginger patches;
Cariad is black with a foreign-sounding name:
But neither seems to notice as they madly chase
Round the fresh-washed kitchen in hectic game!

The cat next door has no divine pretensions,
Never reads theology, could not be called devout;
Wouldn’t know unction from the incarnation,
Hardly ever troubled by Dawkinsian doubt!

The cat next door is a tad antisocial,
Seldom says ‘thank-you’ or sends a wee card;
Shamelessly licks his private parts in public,
Ruffles up our rugs with cheerful disregard!

But the cat next door is gentle with the old,
Honouring six-legs with a Cheshire-cat smile;
Wise with the wise in a shared understanding,
Time ticking gently as they both nod awhile.

And now he’s in our crib cooried down in the straw,
Sure of his welcome with the shepherds and kings;
Absolved and accepted by the child in a manger,
Bright eyes attentive as the angel sings;
Reaches to the baby with a hesitant paw –
What a lot we have to learn from the cat next door.